Miles of Trane Versus The Grammys 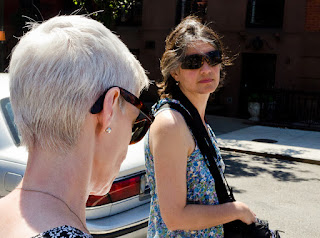 Bon Iver (You have to read up on the criteria for New Artist to know why his new album Bon Iver was thus nominated when For Emma Forever Ago was a 2007 phenom)
The Civil Wars
Tinariwen
The Promise: The Darkness On The Edge Of Town Story (I don't think this counts.)


Other Nominees mentioned on Miles of Trane

Mumford & Sons ( Back when I used to include notes albums I didn't like, I mentioned their 2010 album. Now I only mention albums I do like.)
Black Keys (the 2010 release).
Cee-Lo Green
Robyn (last year)
Cut/Copy
The Decemberists
Radiohead
Wilco (well, I've mentioned the best part of Wilco, Nels Cline).
My Morning Jacket
Joe Lovano/Us Five (prior year mention)
Gregg Allman
Fleet Foxes
Tron Legacy by Daft Punk, composers
The Bang Years 1966-1968 (won for best liner notes, this should count.)
Memory Tapes
TV on the Radio