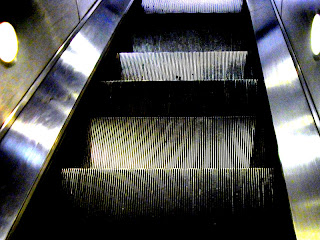 
A powerhouse trio of acts will hit the stage on August 19, 2011
at the magnificent Tuscaloosa Amphitheater to raise funds for relief from the catastrophic April tornado. My Morning Jacket, the fabulous Neko Case, and Alabama native gone big city Matthew Houck, who plays as Phosphorescent.
My Morning Jacket is probably a bit too mainstream for O'Barr, whose tastes run faultlessly rich and lavish. But the reality is that there is a lot of room for workaday indie rock music, and My Morning Jacket gives me my quotient when I need it. Their latest album, Circuital, is a solid addition to their repertory. It's a band that took me some time to warm to -- probably because they take a traditional alt-rock path, which indeed should make for favorable reaction from most. For a while, their 2009 release, Evil Urges, had me wanting to like it but unable to, until one long drive home it suddenly resonated, and from then on I was a fan. I can't tell if their latest album Circuital is more accessible or if I just already like the band and need no convincing. But they don't have to rely on their current work as the albums It Still Moves and Z both reached tremendous critical success in the fist half of the 2000s. Check HERE for the bands "person" page on Metacritic. In any event, Circuital joins a list of excellent rock albums from a leading rock band.
Neko Case! Take a look HERE at her "person" page at Metacritic. The average metascore over her four studio solo albums is a phenomenal "Universal Acclaim." An artist has reason to be proud if they score that on just one release. Check HERE for a look at the group with which she is most closely associated, The New Pornographers, which have essentially the same level of accolades. The fact that Metacritic aggregates an amazing 36 reviews for the group's last album in 2010 is a commentary itself. And Case spreads the love further, having helped The Dodos reach their usual high rating on their last release.
Phosphorescent is from Alabama, but his success has taken him worlwide and he's now based in Brooklyn. A multi-instrumentalist and singer-songwriter with six albums under his belt, he has been very well received by the critics. I'm not familiar enough with him to give much insight but his person page HERE on Metactritic can tell you more. But listening to him today has made me glad to know about his music. You can tell from his style that the live shows are bounds to be quite fun and memorable. I plan to be there, looking for my blog readers to follow suit.
My Morning Jacket - I'm Amazed by chayannejoel

Neko Case - Magpie To The Morning by melmtree

If You Knew - Neko Case by RebeccaY