More Radiohead for the Ages 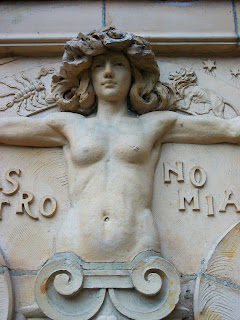 There's so much more to love about Radiohead than the fantastic wonder of their latest release King of Limbs. Go back and listen to Pablo Honey. It made you wonder if this was a band who has built up all the good music they will produce in a lifetime and rolled the dice with Album One -- or was it the beginning of something that would endure. Then play their albums in chronological order. Hear the development, incredible progression, crazed innovation. For the second album the musicscape changed fairly dramatically, and the third, called OK Computer, was the revolutionary herald of an era. You realize Thom Yorke sees music like colors on a canvas. He can smell the notes, taste the timbre, feel the sonic rumble unlike mortals. And we get to listen. Stop whispering, start shouting. I sense something beyond what can be perceived.

ALBUM STREAM: Radiohead – The King of Limbs at PMA | Pretty Much Amazing
Posted by MilesOfTrane at 12:12 PM