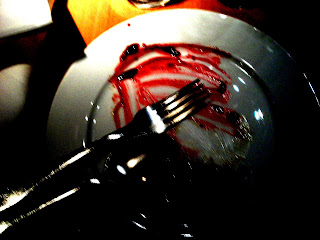 The critical reviews have a fairly wide range on this one, with an element of uncertainty as to how it will be viewed over time. The band is famous for its visual impact, and anyone who has seen the Tron trailer knows it is all about visuals. So this soundtrack is destined to be a soundtrack, and probably must be heard as a soundtrack to work all of its magic. So the problem holding it back may be that that the movie (which I've not seen) does not match the brilliance of its soundtrack that needs to be experienced as an element of the movie that's just not that good.

Fans of the many styles of house music that Daft Punk ignite will discover a must-have in a repertory that has influenced electronic beat music for more than a decade.
The music reviews:
Critic Reviews for Tron: Legacy at Metacritic

The movie critics are less impressed than the music critics:
TRON: Legacy Reviews, Ratings, Credits, and More at Metacritic

Posted by MilesOfTrane at 9:20 PM