How to Get Caught Up? Aw, Who Cares? 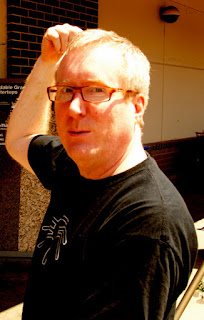 Before the temporary hiatus I was already way behind on posting. Here is a list of some albums on my playlist since early April. I'm not sure all of them will be topics of a post. I don't even know why I'm listing them except to give myself some bearing as to how and where to start back blogging. I've developed a bad habit of deeming anything I've known for more than a month to be hopelessly outdated; I may have to bend that rule. I list these in reverse chronological order, and generally you can observe my memory growing hazier with each one. I'm enjoying the music but still have to get more motivated to write about it. It will come.
Posted by MilesOfTrane at 10:47 PM