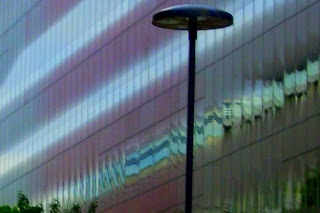 A favored picture accompanied the post about Julian Lynch's 2010 album Mare, a universally acclaimed release the blog loved and put in the gold level end of year wrap-up. So I'm reusing it. Julian Lynch gives you a haunting indie, neo-psychedelia, lo-fi experience, perfect for bringing you down or lifting you up. The reviews for Terra have been taken down a notch from the previous album, and that's justified, but (1) matching the level of Mare was just about impossible, and (2) you can't go wrong if you just put the player on Julian Lynch and tell it to do what it does: play. That's what you can do below for the new album, because Lynch isn't afraid to put his work out there and let you hear it for free, confident in where that will lead.
Pitchfork: Album Reviews: Julian Lynch: Terra 7.7/10

Posted by MilesOfTrane at 8:49 PM