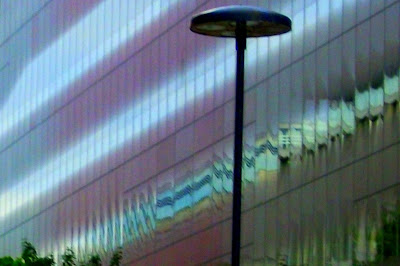 Julian Lynch is a student of the cultural implications of music, both at the University of Wisconsin-Madison and in the digital illusions copied to my hard drive. Mysterious virtual instrumentals -- the vocals provide more a sonic function than lyrical -- this is lo-fi that takes me to the mountain top so I can ask the yogi the way back. I have a wish that lo-fi'ers wake up and realize that their talent  -- abundant on this album -- would be better showcased if the sound sounded better than it sounds, but it's the artist's decision to plot such paths. Or maybe it's all he can afford. Either way it's fair to judge the output, and for that I say thank you, Julian Lynch, but I hope you take the fidelity up a few notches next time.

(Pictured is a lamp post near St. Paul's Cathedral, London. It is unrelated to the album)