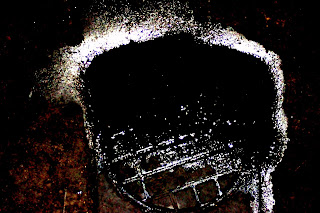 Big Head Todd's new release continues two unpleasant trends noted recently. July has not been a good month, and old rockers who at one time made some great music have washed up. It has nice rock guitar licks that make me wish the whole album was instrumental, which might have made it work, and a few fairly good moments on a few songs -- most notably "After Gold," "People Train," and the Stones cover "Beast of Burden" -- but overall does not rate a recommendation. For my money there's really only one essential album by BHT and the Monsters, 1997's Beautiful World. (Some would argue Sister Sweetly). I was surprised to see it has been that long, and listening to the new release had me longing to be reminded of better times for the band, so I'm listening to Beautiful World as I write this. What an album that was. It's first song, "Resignation Superman," was the first BHT and the Monsters I ever heard, so, if you're familiar with it you know why my first impression was so lasting. It's almost ethereal secondary chorus that goes "Oh lord I need to believe in you now that I'm suffering" could be the theme to the new album. Because I'm suffering. But I'll get over it.

(Pictured is a wet water meter cover on a sidewalk in London. It is unrelated to the album).