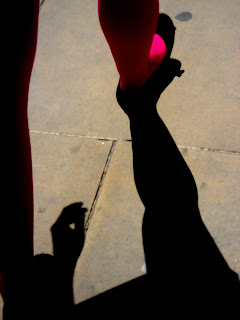 As O!Barr points out, Big Boi is one of the highlights of July thus far. I've complained about the rest that Ive heard being mediocre at best, and Jason at Oz -- who knows his stuff -- reminded us that summer is often slow on the music front. Maybe I've just picked the wrong ones to sample, but I try to stick to albums that receive some critical support.
With Lower Dens debut album I'm back in love with my headphones for the month. This is a seriously high rating on Pitchfork for a first album; and after listening I'm very surprised it doesn't come with their "best new music designation." But we can handle that here at Miles. It is some of the best new music I've heard lately, at least  in July. No, make that Best New Music, and make in 2010. At times showing the detached sexiness  of a Chris Isaak, at times the sophisticated complexity of a Radiohead, at times the freshness of The XX, but at all times the quality uniqueness of what I now know to be Lower Dens. The buzz is justified and the album is highly recommended. No Wikipedia article yet?! Somebody do something.
Pitchfork: Album Reviews: Lower Dens: Twin-Hand Movement 8.1/10.0

Posted by MilesOfTrane at 10:09 PM