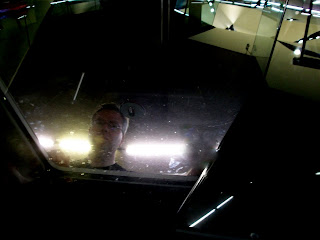 I've written about the phenomenal first half of 2010 in music. The first month of the second half has not been so impressive to date. Here's what I've listened to the past week or two, not overly impressed.

2. Robyn: Body Talk Pt. 1. Pretty good pop. If you like Brittany, Madonna, and the Jonas Brothers then this is a must have, and a notch above them. It's just not my cup of tea, a little too poppy. But I really like the song "dont xxxxxxx tell me what to do."

3. Autechre: Move of Ten. Electronica, more up my alley, but just not good enough to give a high recommendation.


Posted by MilesOfTrane at 9:57 PM