Album Note - The Roots: How I Got Over 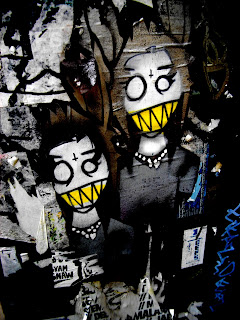 My super nice cousin Sarah (who along with Charles has what may be the cutest baby ever born; love you Ella) sent me a link to The Roots song "Dear God 2.0" because she thought I might like it. I did very much and sent my amazement in return, making a mental note to check out the entire album, assuming "Dear God 2.0" would be maybe the best song on hopefully a solid CD.
Is it ever! It's incredible, way beyond my ability to have an expectation. I'm enthralled, and since it came out before the end of June I should rewrite my last note to include this one somewhere near the top.
Like all genres, rap and hip-hop have evolved, defying cries  30 years ago that it was a fad, had no where to go, and would remain separated from more traditional styles. How many times do we have to learn the lesson that innovation will often first appear to be heretical only later to see it slowly become part of the orthodoxy, absorbing and incorporating the old even as it puts a new stamp on it? I mention all this only because of my own guilt on this point vis-a-vis rap (that extended, inexplicably now, even after "Stankonia" came out).
Jazzy, funky, hip-hoppy, everything but sloppy, this  album is a pinnacle of one of many waves of the present and future. I'm not getting into all the A-list guest artists, not going to try any further to explain why I love this album, and am almost to the point of stopping trying further to put my thoughts into words. No one who listens will disagree that it does plenty of its own talking and that bloggers should just shut up, leave it to the critics to explain what's going on, then get out of the way while everybody else puts it on the music player of their choice. Thus.
[BTW, the picture has nothing to do with the album; it's a street graffiti shot from my London trip.  Finally, unless you feel a need to protect young ears (as opposed to, for example talking to them about why artists use words we don't use in conversation, or if they're too immature for that talk, denying them access to something they aren't ready for and can't understand), then make sure you get the explicit edition. There should not be condensed versions of art and I fault the artists for agreeing to it. Am I wrong?]
Pitchfork: Album Reviews: The Roots: How I Got Over 8.1/10.0

How I Got Over reviews at Metacritic.com 85/100 (Universal acclaim)

Posted by MilesOfTrane at 11:54 PM