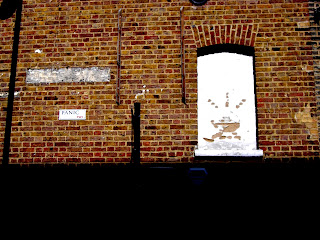 MILES OF TRANE: On a scale of yes, no, or maybe, this album gets a Not Yet. The critics are mad about it and they know more than me. I think O^Barr -- who requested this note even though the release is ancient, having come out in May --  might like it, and he knows more than me. But I'm having trouble getting excited. The album certainly has its merits and accomplishes  the unique style mash-up underlying much of the rave, but I feel like I'm listening to an art project of somebody who's pulling the wool over everybody's eyes and having a good laugh in the back. Not that there's anything wrong with that. But to be successful as music I need it to send me into a transcendental trance instead of making me conscious of, well, anything. I'm way too conscious of this album when it's playing.  In your face is certainly okay but it has to be better than this. I recently raved about Chrome Hoof, which has some of the same multi-genre glare that Sleigh Bells offers. However, Chrome Hoof lifts me before smashing my face in the ground  and walloping me with raucous glory, and thus is highly successful in my eyes. Sleigh Bells has the raucous face-smashing but lacks the lift and the glory. Is Treats too good to pass on? I feel pressured because this album note is by request but for now I'd say hold off. It just might be good enough to grow on me and if it ever does I'll let O*Barr know.
Pitchfork: Album Reviews: Sleigh Bells: Treats 8.7/10.0

(Pictured is a wall on Panic Road, London. It is unrelated to the album).

Posted by MilesOfTrane at 10:41 PM