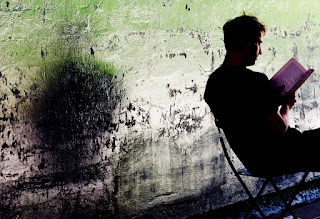 We all recall when late last year cellist Isaac Takeuchi and Barrie Rose joined with Noah Guevara, Dylan Fujioka, and eventually Chris Votek in a project called Tes Elations. The group describes their sound as chamber music built on top of such diverse idioms as eastern folk, post punk, jazz, math, and progressive styles -- you know, the usual fare. It turns out a magnificent result! Based in L.A. (the left coast one, not Lower Alabama as many of my friends might think I mean), their album is due out later this year. They're giving away two excellent songs on their Reverbnation and Facebook pages -- both of which you can hear below. I'm a fan. (How many  people not from Alabama knew we called the southern part of our state L.A.?)

Tes Elations - Autumn from the Indie Workforce on Vimeo.

Tes Elations - May She by Tes Elations
Posted by MilesOfTrane at 10:43 PM