How to Define an Oldie: Punk is the Key 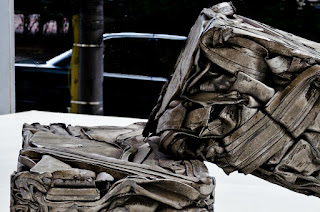 According to O'Barr, an oldie is anything before punk. So music recorded before you first heard this song circa 1976 is worth a great deal, at least in terms of sentiment. Everything afterwards we held in contempt. It was a defining shift though it took pop culture  a while to figure out what had happened. The Ramones toured for 22 years almost non-stop, hung it up, and started dying, though their influence lives on.
Posted by MilesOfTrane at 10:32 PM