Easy as Listening to The ABC Club 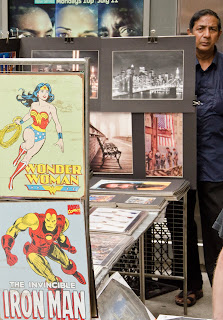 Like a couple of other bands mentioned here recently, I'd say the ABC Club are on the cusp, maybe just beyond. No less than Rough Trade called them "One of the most exciting of 2010's debuts."  So if Rough Trade deemed them discovered in 2010, they are already beyond the threshold. There's still so much of pre-2011 yet to be discovered here on Miles of Trane, and The ABC Club are a truly nice part of of the exploration.
Several demos HERE on the band's Soundcloud page.


The Band's Official Site.
The ABC Club - Thieving Magpie by Made from Plastic
Posted by MilesOfTrane at 10:10 PM