Elbow Follows Up on Their Trip to Mercury 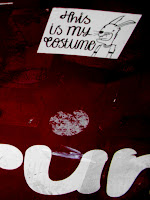 Elbow has been around more than 20 years, and perhaps their key to sounding fresh is going slow -- and staying with it. And being innovative in combining elements of dream pop, brit pop, and guitar-based prog leanings without bordering on grandiose. (Not that there's anything wrong with that). Their latest, Build a Rocket Boys! is their fifth studio album. It follows 2008's The Seldom Seen Kid, which won the Mercury Prize. I think it has all been worth the wait.
Build a Rocket Boys! Reviews, Ratings, Credits, and More at Metacritic (universal acclaim)

ELBOW 'The Birds' from album 'Build a Rocket Boys!' by KidTwist