The Antlers on the Short List with Burst Apart 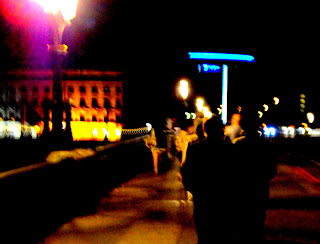 The Antlers new album Burst Apart is a favorite of the blog thus far for 2011. Fresh, mixing the ethereal with haunts in the dark corners and simply great rock blasts, this Brooklyn band, originally a solo project of front man Peter Silberman, goes from strength to strength with this killer follow up to their last killer album. They've shed their lo-fi past and gained a bigger chamber pop sound, but it strikes a magnificent balance across the board. Count me a huge fan.
Burst Apart Reviews, Ratings, Credits, and More at Metacritic


The Antlers - Parentheses by Frenchkiss

Posted by MilesOfTrane at 11:35 PM