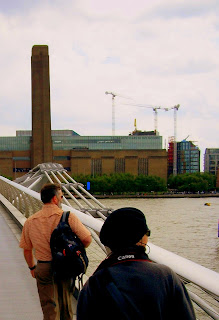 I'm taking the liberty of quoting the artist's description of the work: "Recorded over the course of several months, on and off. This album was recorded by Nick Roberts in Gainesville, Florida, in between periods of writing songs for a folk band called And The Giraffe. This collection of songs is the first release under the moniker, 'Summertime Kids.'"
This music falls into the post-folk-post-rock-minimalists-oh-who-cares-it's-fantastic genre. Nick is 19 and recorded it after long days of work on his other project. I hope he makes a bazillion dollars so he can work fresh, because if this is what he can do when he's tapped out, the sky is a  mere threshold for what his future holds.

Posted by MilesOfTrane at 9:12 PM