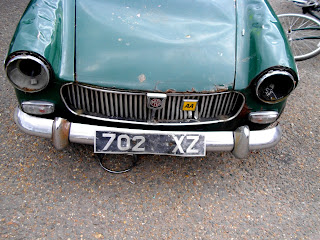 With PJ Harvey you're never sure what to expect in regard to style and approach. The changeling singer-songwriter is known for an ever fresh, never repeated sound. With this latest iteration called Let England Shake, she has the critics razzed, the listeners jazzed. Not to imply this one is jazz, but with PJ Harvey that might be next. A sky-high 8.8 on Pitchfork and unmitigated universal acclaim on Metacritic, this is music to relish over time, again and again.
Pitchfork: Album Reviews: PJ Harvey: Let England Shake 8.8/10.0 (Best New Music)

Here are some tunes off the album. You are presently on the internet.
PJ Harvey - The Glorious Land:

PJ Harvey - Hanging In The Wire:

Posted by MilesOfTrane at 11:35 PM