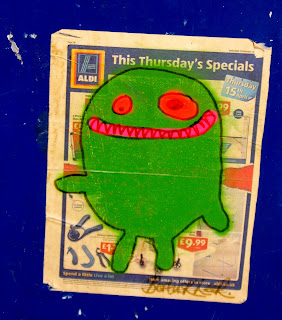 This is microhouse, which derives from minimal techno, glitch, and house, with heavy influences from click and pop garage house that emerged from Yorkshire Bleeps and Bass. That is, minimalist electronic music with a well-defined beat, shoe gaze-ish overtones, but a disco remembrance, but early in the morning disco, before your last cigarette, but after you've stopped wanting one, and while you're still doing Jägermeister. It's okay, the music will calm you. I mainly go for what I like and don't care about its pedigree. I like Rajko Müller, who performs as Isolée. Listen to the album in its entirety below.
Pitchfork: Album Reviews: Isolée: Well Spent Youth 7.9/10.0

Posted by MilesOfTrane at 9:02 PM