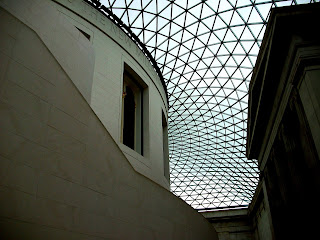 The critics have bonked out over this second release by the former lo-fi band (true lo-fi, as in garage made) turned signees to the prestigious Fat Possum label. Though I'm feeling more uninspired, or maybe that should be less inspired, the acclaim is widespread enough to make the force strong with this one. But repeated listens have not won me over. When music is described in terms like catchy, hooks, and lovable -- that sometimes is a clue it's boring. Unless, of course, you like catchy, lovable hooks. O^Barr likes the unendurable but hugely popular Vampire Weekend, so I forever never say never, ever. Judge ye.
Pitchfork: Album Reviews: Smith Westerns: Dye It Blonde 8.4/10.0 (Best New Music designation)

Dye It Blonde Reviews, Ratings, Credits, and More at Metacritic

If you like what you hear, then get it live and in person at a bricks and mortar like Oz Music in Tuscaloosa, (it's fun, I promise) or download from Amazon-->Dye It Blonde (AmazonMP3 Exclusive)

Posted by MilesOfTrane at 11:13 PM