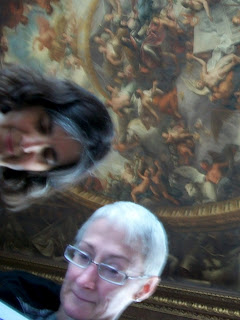 Like the critics I don't give this as high a mark as this year's full length album Cosmogramma, which I noted here with speculation it might have been the kind of sound to which the later, incomprehensible Coltrane was headed.  But I'm not quite as warm in my opinion of this one compared to the earlier work. Yes, similar in tone but not quite the epic work. And I'm not just comparing the EP'ness to the full-length album. Don't buy this album unless you have first heard Cosmogramma and loved it. It will be impossible to dislike that one but like this one, though the reverse is possible even though it might not be put in those terms.
Pitchfork: Album Reviews: Flying Lotus: Pattern + Grid World EP 8.0/10.0