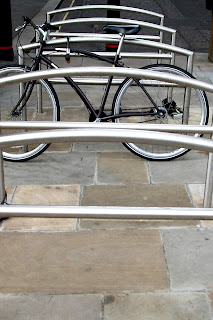 How many Brian Eno's are there? A virtual founding member of Roxy Music, which he left left due to headbutting with fellow genius Bryan Ferry; soloist artist of jammy-tuned albums like Here Come the Warm Jets (1974) and Taking Tiger Mountain (By Strategy) (1974); innovator in ambient  (Discreet Music anyone?); and collaborator with other fellow geniuses like David Byrne (creating among others one of the all-time albums of unquestionable genius, My Life in the Bush of Ghosts) and Robert Fripp (Evening Star, an all-time favorite ambient work that can instantly calm me regardless of my state of mind); and other genius stuff.
In this album he returns to soundscaped longitudes that circle the earth on an ethereal plane. Did  I say genius enough? I love this album -- but mainstream listeners should be ready to surrender early because this won't play the local station.
Pitchfork: Album Reviews: Brian Eno: Small Craft on a Milk Sea 7.4/10.0

Small Craft On A Milk Sea Reviews, Ratings, Credits, and More at Metacritic
Posted by MilesOfTrane at 8:00 PM