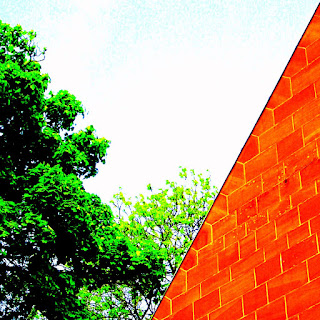 Does post-rock mean anything when the artist disclaims it? Does the artist get to decide? Does it matter? So many questions, and an answer: Even though it is live, and  even though experimental post-rock is not really a made-for-live idea, this live album sounds great in an experimental sort of post-rock way. I'm just a little taken aback anyone would rouse up to clap between tunes, after going to so much effort to idle down.


Pitchfork: Album Reviews: Mogwai: Special Moves 8.2/10.0
Critic Reviews for Special Moves/Burning at Metacritic 79/100 thus far.
(Since the band is from Glasgow, the picture is from the 2008 Scotland trip for Mary's wedding, of an exterior wall of the Kelvingrove Museum in Glasgow- unrelated to the album, naturally).

(I've not been in a musical mood lately but the post rate should climb soon, I hope. I've got several candidate albums in the queue, nothing more time in the day wouldn't solve. Solutions?)

Posted by MilesOfTrane at 9:15 PM