Common Citizens Are One With the World 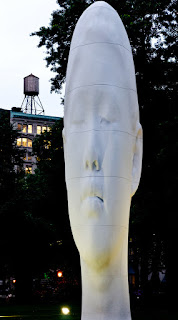 Common Citizens describe themselves as an electronic group who play all different types of music. "Some of it is banging, some of it is chill, and some of it is just weird. All I know is that we like to make music and share it with the world, so that's what we're going to do." And they are indeed, very high quality sounds that make you stop to see who it is you've just discovered. They give a lot of their music away, which has the effect of making me want to pay for the rest of it, which I've just done on Bandcamp. They let you name your own price, which makes me believe them when they say they want to make music and share it with everyone. The world needs to listen.


Posted by MilesOfTrane at 9:11 PM