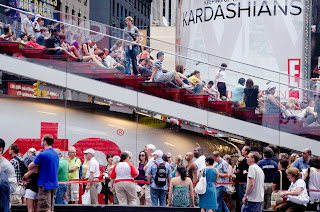 I learned of Laura Veirs in an NPR interview with her producer extraordinaire and baby daddy, Tucker Martine, who has put out some nice music himself (as Floratone with Bill Frisell, for which Martine won a Grammy as the engineer; as Mount Analog; as himself). Veirs recorded this song as essentially a throwaway sound check, but when she was out of the studio Martine called and told her he thought he had been able to get enough juice out of it to make a song. They reworked it, and presto! Tonight I listened to July Flame on the way home after a long day, and was reminded what a brilliant work it is. So, nothing new tonight, just a look back to one of the best releases of last year. "Wide-eyed and Legless" isn't the best song off the album but it's one of my favorites -- maybe because I heard the story of how it came about.
Posted by MilesOfTrane at 8:58 PM