Tell Me About Jessica Lea Mayfield 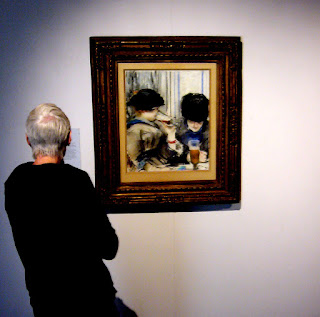 Jessica Lea Mayfield's second album Tell Me is my introduction to her haunting neo-country songwriting and performing style. It scores high with the critics, a tough performance in itself given the pressure in following up the sky high reception of her debut album called With Blasphemy So Heartfelt, which I am also scoring high. It all scores miles high here on Miles of Trane, because the blog loves great music. The record count holds only if you disregard her true debut EP White Lies, recorded in her brother's bedroom, resulting in a grand total of 100 copies. (Don't bother, I spy none of the originals on eBay but it's available now as a download). So, we've traced the beginning, just please, let it not end.
Pitchfork: Album Reviews: Jessica Lea Mayfield: Tell Me 7.7/10.0

Tell Me Reviews, Ratings, Credits, and More at Metacritic


Jessica Lea Mayfield - I'll Be The One You Want Someday

Posted by MilesOfTrane at 10:29 AM