A Puzzlingly Low Score for The Octopus Project's Hexadecagon 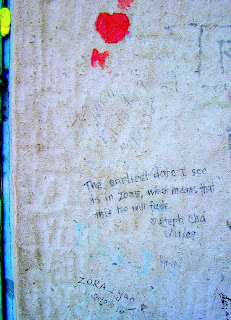 Record reviewers are: artists, scientists, mythical beasts on which dragonslayers ride. A low score like the one highly influential Pitchfork.com dished to Hexadecogon, the latest release from The Octopus Project, can lay a band out before it enters the ring. Luckily this group already had a backstory. The two previous reviews they got on Pitchfork averaged 7.400000000000000000000, they have a solid fanbase, and they're into audiovisuals. So they'll survive. And other reviewers are kinder. Consequence of Sound gave it 4 stars out of five. The AV Club graded it a B- and Austin Music Source a B+. So I'm saying a B is about right. I don't usually post about anything less than an A--, or maybe an A-, but in cases of misleading unfairness I feel compelled to grade on the curve.
Pitchfork: Album Reviews: The Octopus Project: Hexadecagon 4.6/10.0

Posted by MilesOfTrane at 9:52 PM