A Mix from a Man Passionate about what Passes as Country 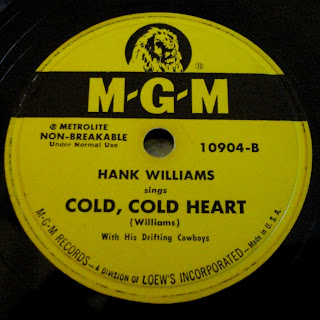 A very cool mix on 8Tracks by xcoasterboy from Somerville, MA. I'm not much of a country fan but I clicked on it because even though there's room under the tent for it all, I understand  his rant about what is called country today. When Hank Williams popped up in the mix at the same moment I was looking at the Hank Williams Trailbook it became apparent I had to post the mix. I have several Hank Williams 78s that I'll be featuring later as the blog gets on board with the Year in Alabama Music for 2011. I assume you know I mean Sr.
Posted by MilesOfTrane at 1:08 PM