Another Alabama Artist: Jason Isbell and the 400 Unit 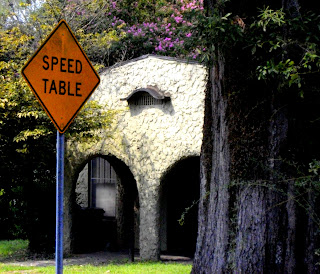 Jason Isbell of Jason Isbell and the 400 Unit and formerly of The Drive-By Truckers, loves his native state. Though he typically plays 200 dates on the road, he stayed home in the quad city area of northwest Alabama to write and record his last album, the 2009 release called Jason Isbell and the 400 Unit. "I could probably live anywhere, but I love it here. Being home is very different than being on the road. You learn a certain discipline that has its entire context within the touring lifestyle. This was the first time that I've been an adult in my own house, in my own community. Plus on the road, you have your whiskey waiting for you when you get to the gig. Here you have to go get it." I'm not a big alt-country fan, though it comes close, but I like a guy who loves his home. I know O>Barr hates it when I listen to music more than a few weeks old, but this is about Jason Isbell, not his music.

LISTEN TO THE LAST ALBUM BY CLICKING HERE

Posted by MilesOfTrane at 11:10 PM