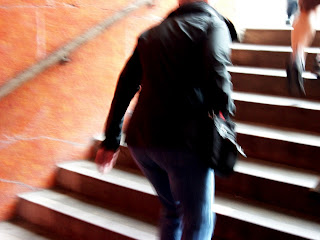 Reminiscent of the Indigo Girls best album, and at time of Bryan Ferry and Roxy Music, this is an excellent poster for the value of the singer-songwriter. But let me be clear: this is Sharon Van Etten, and no one else of which she may inspire a recollection. I wish I had discovered it when it was issued in September, but my ears can only be in two places at once. They are now here with Sharon Van Etten, taking in the mystery of transcendence. More listens equal more love of this beautiful work.
Sharon Van Etten - One Day by tcostello
Sharon Van Etten - Love More (Trance Mix) by photon music Save Yourself (Sharon Van Etten Cover) by Brendan Losch

See previous post for another song off this album.
Posted by MilesOfTrane at 12:06 AM