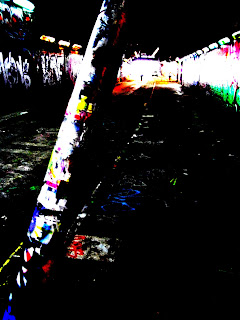 The number of reviews thus far is insufficient to rely on the high score at Metacritic, but it's hard to imagine much downward movement as this metalcore Christian band has laid out a consistent demonic sound that could have been used in any of the Exorcist knockoff movies as the voice of the devil himself. The lyrics are not overtly religious and I am bemused by the classification.
Ø (Disambiguation) - Underoath | AllMusic

Critic Reviews for Ø (Disambiguation) at Metacritic

Listen for youself:
Underoath - Disambiguation by progpsyfan
Posted by MilesOfTrane at 11:04 AM