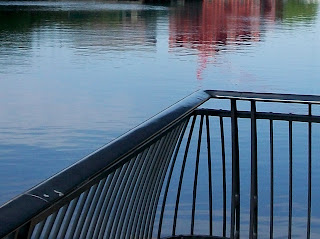 MILES OF TRANE SAYS: Maybe.
I don't often start with a reference to Wikipedia, but fandom for this band runs so deep that the collective chant in this article should not be missed. What a band, debuting in 2004 with one of the most successful UK releases of all time, possibly the most successful ever among the "who?" tier, and then some six years later putting out what is only their third album to merely general acceptance by critics. The debut was in fact special and I can see why the hype immediately built, even if in retrospect it offered as much as a phenomenon as it did as music. The new album? It's obvious why the reviews are more constrained. It does make a small contribution, with inconsistency that occasionally inspires a raised eyebrow of approval, but as a third album in a six year period it seems Scissor Sisters offered up their best pitch in the first inning and may already be headed to the showers. My recommendation is to make sure you hear the 2004 album (thanks for insisting, Mary) and what happens after that is up to you.
Pitchfork: Album Reviews: Scissor Sisters: Night Work 7.6/10.0

(Pictured is a detail from Canary Wharf, London, unrelated to the band or albums).

Posted by MilesOfTrane at 11:51 PM