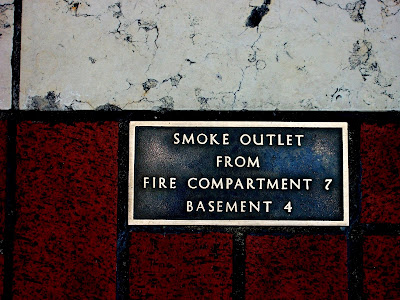 More cool music. This is the debut album of 80s influenced music from Oriol Singhji. Electronica, dance, deemed dubstep by some but I dispute that. Psychedelic? Maybe.  Jazzy and funky? Definitely. But with a joyous edge that keeps trying to make me happy. Even though it's fun at every turn I still really like it. Go figure. It disproves my notion that cool and uplifting must be dark and depressing. I don't like being proved wrong any more than anyone else but the cool music really takes the edge off. No revolution here, but I wasn't looking for a fight. Approved.
Reviews of Night and Day by Oriol, collected by Any Decent Music 8.0/10.0

(Pictured is a London street detail)

Posted by MilesOfTrane at 10:30 PM